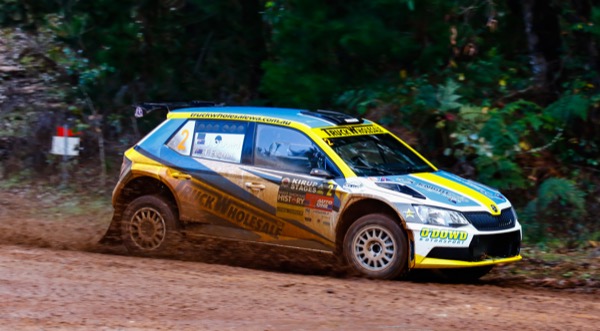 The Clubman Cup and Clubman Masters competitors competed on the same first four stages as the WARC.

In a dramatic finish, Stephen Vass and Ashley Burton rolled their Perth City Peugeot and Used Cars Datsun 1600 nine kilometres from the end of the rally.

“We managed to finish the stage on its wheels and cross the line to take the win,” Vass said.

“Even though the car was heavily damaged in the roll over, we’re happy with the win.”

Vass said that the car is mechanically fine, but the body is damaged and the team has already started work on it.