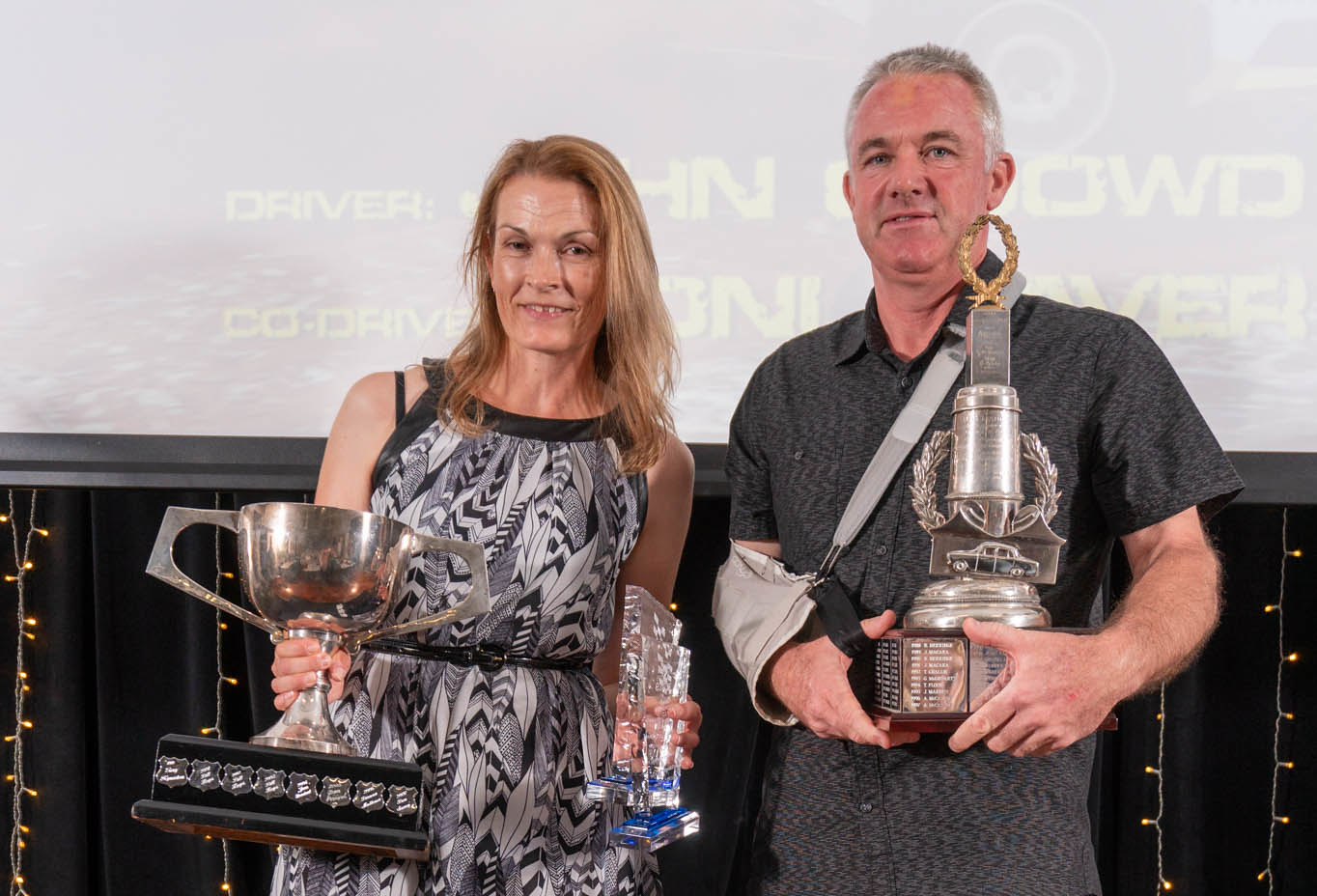 What do Team Hotel and the Harmer Family have in common?

At the 2019 RallyWA Awards night, Team Hotel and the Harmer Family were both recognised with Chairman’s Awards for their services to RallyWA over a number of years.

The Harmer Family are behind the Onslow Contracting and Zestino Tyres naming rights sponsorship of the series from the 2015 season to the 2019 season.

This sponsorship has allowed RallyWA to step-up promotion of the series and reduce costs to events.

Team Hotel attended in strength with members proudly wearing their 30 years of volunteering in motorsport shirts. The positive impact of Team Hotel has been appreciated by many of the 200+ events in rally and off-road disciplines since they were established for Rally Australia.

Linda Chesterfield was awarded Rally Official of the Year for her efforts as volunteer coordinator through to time control official through 2019.

Tim Rattenbury was awarded Young Rally Official of the Year for his enthusiastic support of all events as a volunteer in service parks through to road closures.

The full list of awards is available in the slideshow and the 2020 Motorsport Australia WA Rally Championship and Series Standing Regulations.

150 competitors, officials and supporters of the CAMS Zestino Tyres Western Australian Rally Championship enjoyed a night of food, wine and stories at the Bayswater Bowling & Recreation Club on Saturday, 8 February 2020.

Commentators suggest the stories were less accurate if they were older, however, all stories demonstrated the appeal of rallying and being involved in the RallyWA community 🙂

A huge number of trophies with hard to read labels were distributed with only a few retained for resale 🙂 Congratulations to the winners who got to take home a trophy (or more).

RallyWA Panel Chair, Ross Tapper, provided a particularly encouraging speech and introduced a number of people taking on new roles for 2020 and confirming the passion for rallying lives on.

Photographs from the evening can be found HERE.

See you at the Truck Wholesale WA Bakers Hill Sprint for round 1 of the 2020 RallyWA Championship on 28th March. Entry is now open at www.rallywa.com/entry