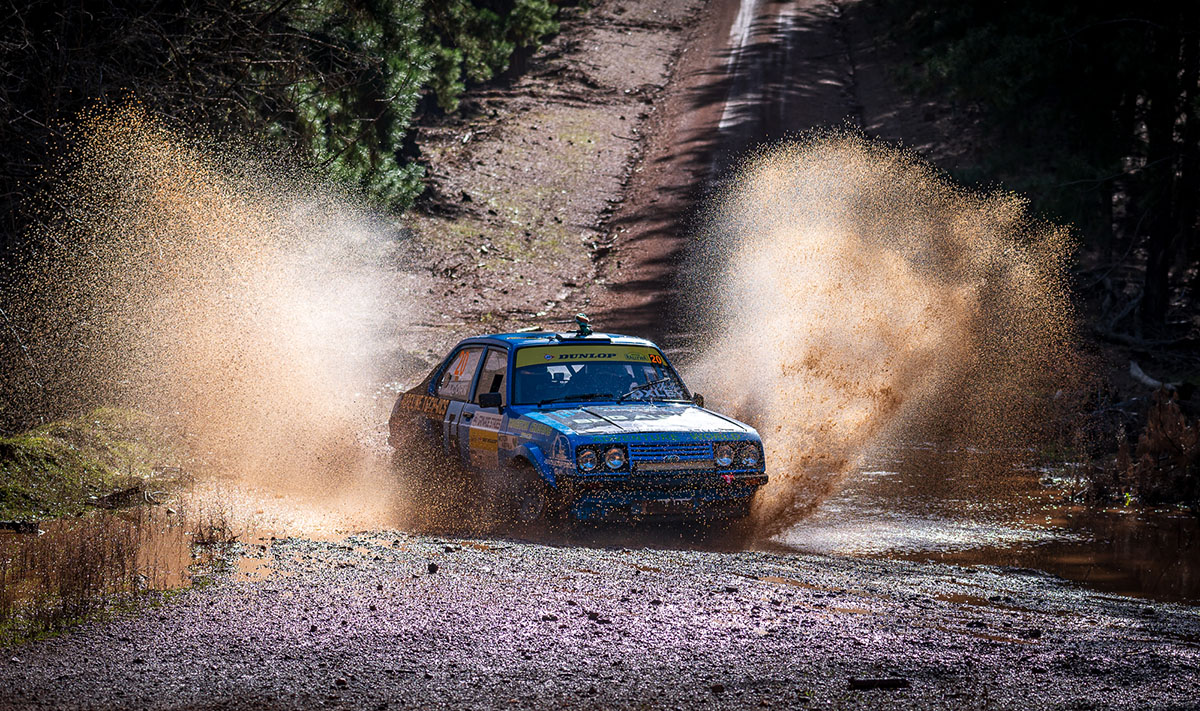 The final round of the Motorsport Australia WA Rally Championship (WARC), the WA Car Club Experts Cup held on Saturday 30th October in and around Collie, will decide the fate of the Championship.

All season it’s been a battle between John O’Dowd who comes into the final round with a 40-point lead over Ben Searcy, who is 22 points ahead of third-placed Jack Flanagan in the Drivers’ Standings. There’s 80 points awarded to the winner, 68 points to second, 60 points for third and so forth, so it’s still anyone’s game to take the WARC title.

Searcy, who had been leading the WARC season up until the penultimate round, suffered an electrical issue at the Safari Rally resulting in a DNF, which paved the way for O’Dowd, who finished in second place, to take the championship lead.

You can bet the 2018 and 2019 WA Rally Drivers Champion O’Dowd will be chasing the title after narrowly missing out last year when he was beaten in the final round by Mike Young (who is not competing in 2021).

The start order for the top five competitors, namely O’Dowd, Searcy, Craig Rando, Max McRae and Dave Thomas will be decided by ballot at the drivers briefing. In the biggest field seen in a WARC in fifteen years, 55 competitors will tackle six stages, racing the clock over 106 competitive kilometres and travelling a total distance of close to 206 kilometres.

The Clubman Cup and Clubman Masters will compete on three stages, totalling 53 kilometres.

The Make Smoking History Experts Cup was cancelled due to the pandemic last year, which may be a reason it’s attracted such a big field of local competitors this year including a gravel rookie but seasoned tarmac champion, Peter Rullo. “The stages are looking pretty good and because of the rain and moisture, the roads aren’t too rutted, so there should be some good runs for the drivers,” Threthowen said.

“This rally has good base roads that weave through the forest with some hidden crests that can catch drivers out.”

In the 2WD, just 9 points separates the top two drivers, Glenn Alcorn and Mark Travers, and either of them could take the championship with a win.

Spectators are welcome to get up close and watch the crews at work in the Service Park at the Volunteer Fire and Rescue Service Training Area, Forrest Street, Collie from 2.30pm.

Spectators are welcome and information on dedicated spectator points can be found at www.rallywa.com.au/experts.