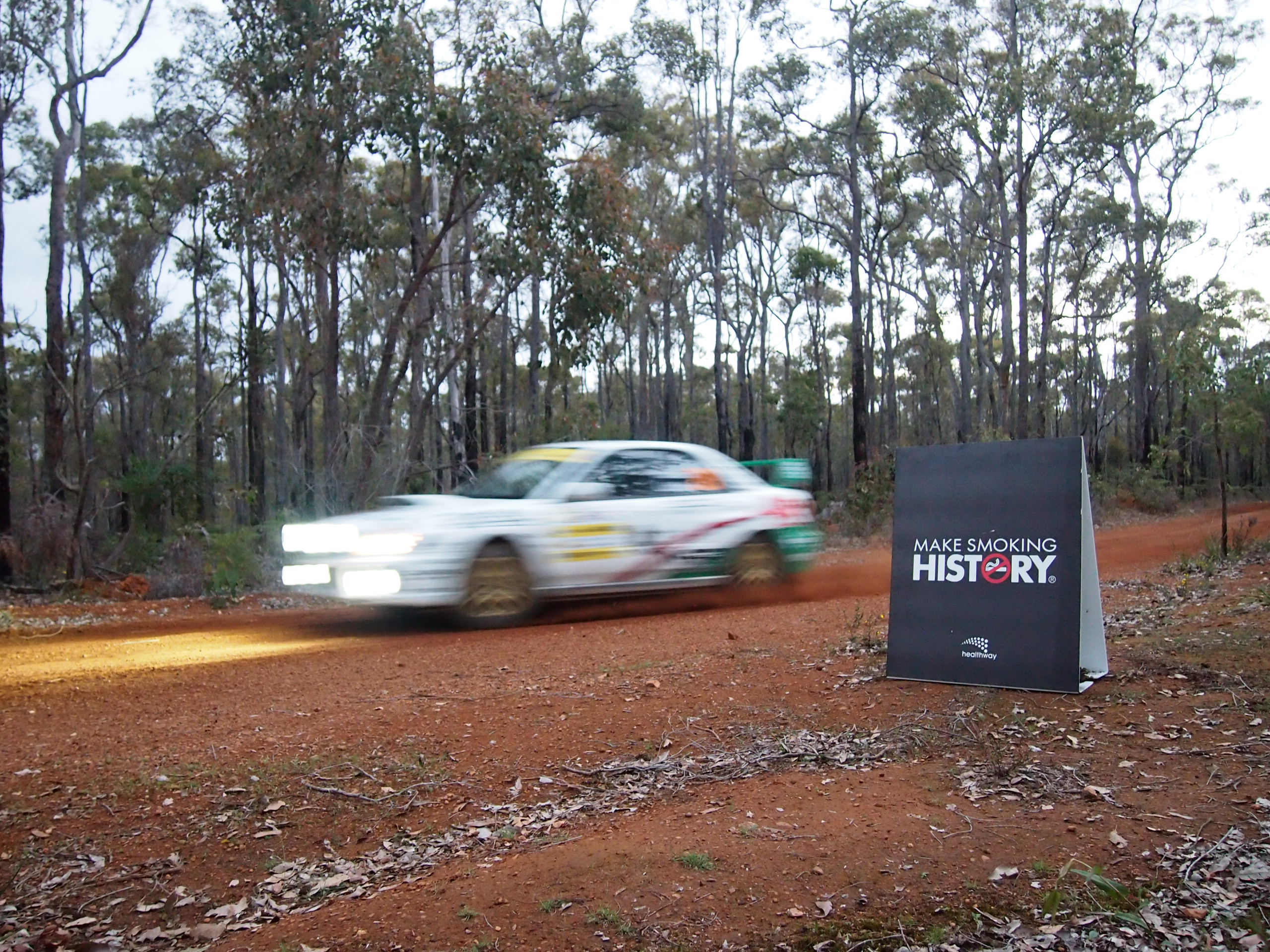 Fresh off their win three weeks ago at the Forest Rally, Mike Young and co-driver Scott Beckwith has done it again by taking first outright at the Make Smoking History Karri Rally on Saturday.

It was the first time driving the Karri Rally stages for Young, who usually competes in the Asia-Pacific Rally Championship at this time in the year.

“John O’Dowd kept me honest throughout today,” said Young. “We had a good battle in the morning, but I managed to pull away towards the end there.

“Before today, I have had people tell me that the stages were fast and I didn’t really believe them – but they are!

“The stages were good fun and suited the way I drive. They require a big commitment which I like.”

O’Dowd and Feaver crossed the finish line in Truck Wholesale WA Skoda Fabia R5 with only a 1:43 minute gap to the leaders. O’Dowd said he really enjoyed the close competition.

“It was a good battle with Mike,” said O’Dowd. “I didn’t get anywhere near him but it was excellent racing and I thoroughly enjoyed it. Mike is a great driver and hats off to him and Scott for doing a fantastic job.

“I was really happy with the way I drove today. I’m usually slow out of the blocks, but I improved on that and came out quite strong.

“They were two fast paced stages. A problem the little Skoda has is that it doesn’t have the legs for the fast stuff – it’s flat out doing 170 kilometres an hour, and I think my previous car was closer to 200km. But that’s not what lost the rally for us – the car didn’t make any difference.”

Ben Searcy and James Marquet rounded out the outright podium in the Swift Motorsport Lancer Evo 9, finishing the event with a 3:23 gap to the leaders.

UPDATED Dylan king and Lee Tierney have been excluded from the event for breach of regulation NRC 3.9(c) receiving Outside Assistance (SS4 to TC4A), elevating Mike Joss and Megan Logue in the Nissan Silvia S15 to 1st 2WD. Max McRae and Bill Hayes will also be elevated to 2nd, in the DirtFish Ford Fiesta. 3rd place is now awarded to Jason Lowther and Jeremy Edwards in the Toyota Corolla.

The Clubman Cup category was contested over 77 competitive kilometres. The fastest of the round was Rod Fowler and Keith Mayes in the Wanneroo Transmissions Peugeot 206 GTi with a time of 53:38. Glenn Cawood and Murish O’Connell crossed the final stage 45 seconds behind the leaders in the Shedforce Mitsubishi Lancer. Alex and Lisa White were uncontested in the Clubman Masters category and posted a final time of 50:37 in the Sigma Data Nissan Silvia S13.