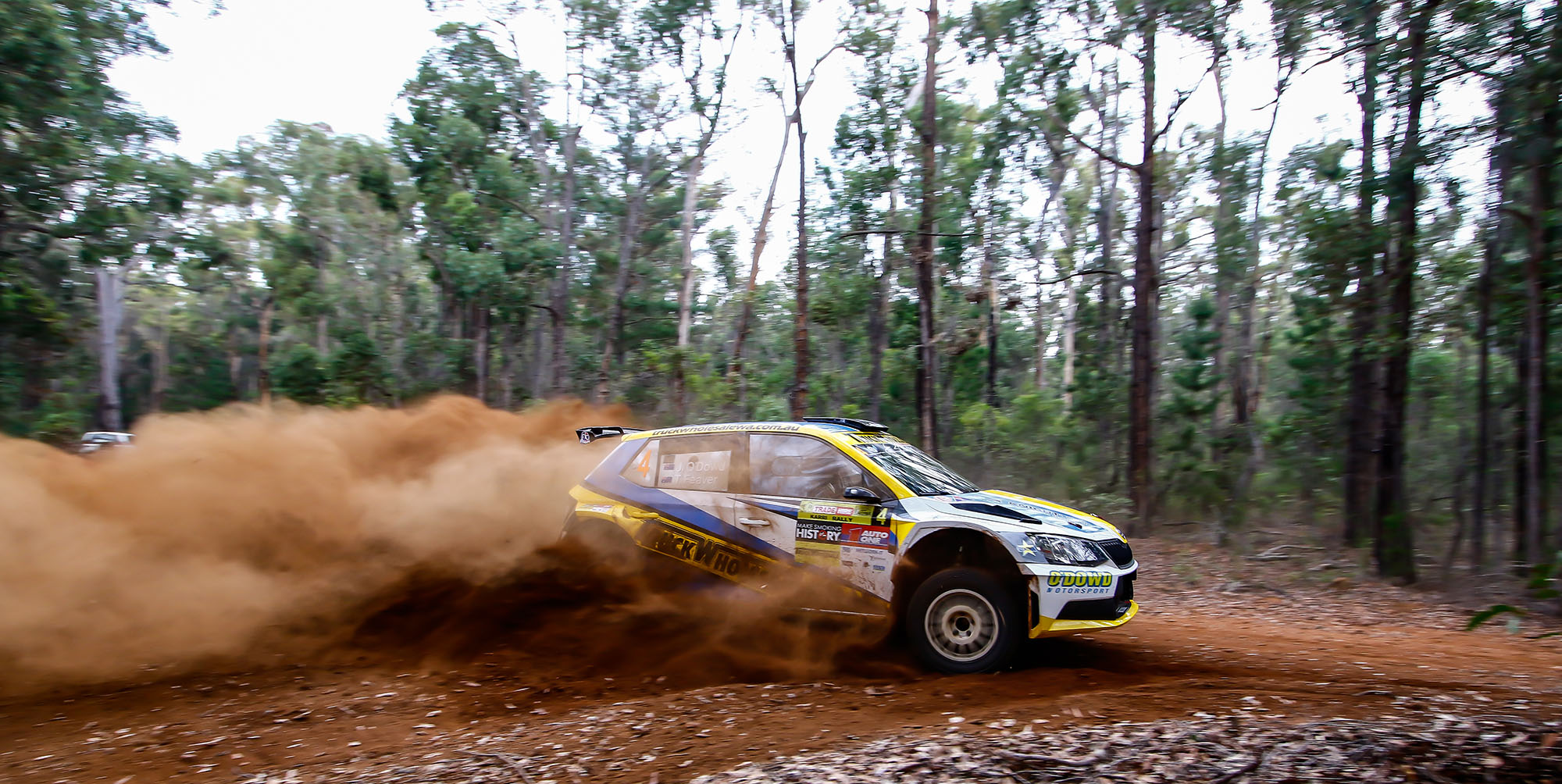 Rally driver John O’Dowd will be aiming to increase his lead at the third round of the CAMS Zestino Tyres Western Australian Rally Championship (WARC), the Better Value Tyres Safari Rally held in Boddington on Saturday, 1st June 2019.

Competitors will tackle five special stages, made up of two stages run three times and twice respectively totalling 91 competitive kilometres, and traverse a total distance of 229 kilometres around Boddington.

John O’Dowd and co-driver Toni Feaver in their Truck Wholesale WA Skoda Fabia R5 are top of the leader board, 55 points ahead of Kody Reynolds and Anthony Staltari in their Trade Hire Subaru Impreza WRX STI. Third place in the points, 72 points behind O’Dowd / Feaver and 17 points behind Reynolds / Staltari, is Ben Searcy and Jimmy Marquet who are skipping round three to make improvements on their Swift Motorsport Mitsubishi Lancer Evo 9.

With 80 points up for grabs for the win, Boddington could see O’Dowd / Feaver increase their points and solidify O’Dowd’s campaign for back to back WARC titles, or see a championship upset.

O’Dowd has a clear advantage with his R5 car, which is a level below a World Rally Car and used in Europe in WRC2 events.

“We were second last year at Boddington, but I’d like to claim victory this year and make it three-from-three. Boddington is a really intense one-day rally, so we’ll need to be ‘on it’ from the first stage. Toni will be back in the car with me and I’m really looking forward to it,” said O’Dowd from Gooseberry Hill.

Long time WARC competitor Andy van Kann concedes that while he doesn’t have the power to keep pace with the other 2WD vehicles in his class, it’s the enjoyment of rallying and camaraderie that sees him coming back for more.

“I’ve collected points in the first two rounds of WARC, including both Heats of the Forest Rally. Hopefully I will again get some minor placing in Boddington, and who knows, by the end of the season I might have pick-pocketed enough points to get near the WARC 2WD podium again,” van Kann said.

“I’m thrilled that Mike has again agreed to co-drive for me. It’s a big technology time warp for Mike to go from driving his state-of-the-art Cusco Toyota Yaris to co-driving in an authentic classic 1974 Toyota TE27,” van Kann said.

“I try to get Mike on-board every year or so because he is not only a professional level co-driver but he is also brilliant at driver coaching, and above all else, we have heaps of fun and laughs!”

The day after Boddington, Young will be on a flight to Japan to drive his Yaris in the third round of the Asia Pacific Rally Championship.

Clerk of Course Wendy Walker said that Mike Joss and Megan Logue in their 2WD Nissan Silvia S15 would be the first car on the course, followed by Reynolds and then O’Dowd.

“The stages are in a great condition and the weather is looking perfect for Saturday, although it would’ve been good to have a little bit of rain beforehand just to keep the dust down, let’s see how it goes,” Walker said.

“Lyster is a great stage, it’s well-formed, longer than last year, fast, flowing and nice and open making it easy for competitors to see where they are going, and it’s also great for spectators. Marradong stage is tight and twisty and will provide more of a challenge.”

The Better Value Tyres Safari Rally will start in the heart of Boddington, approximately 130 kilometres south-east of Perth, at 1pm, under the Rally WA archway on Forrest Street next to the Shire offices.

The service park is located at Boddington Riders Club and spectators are welcome.