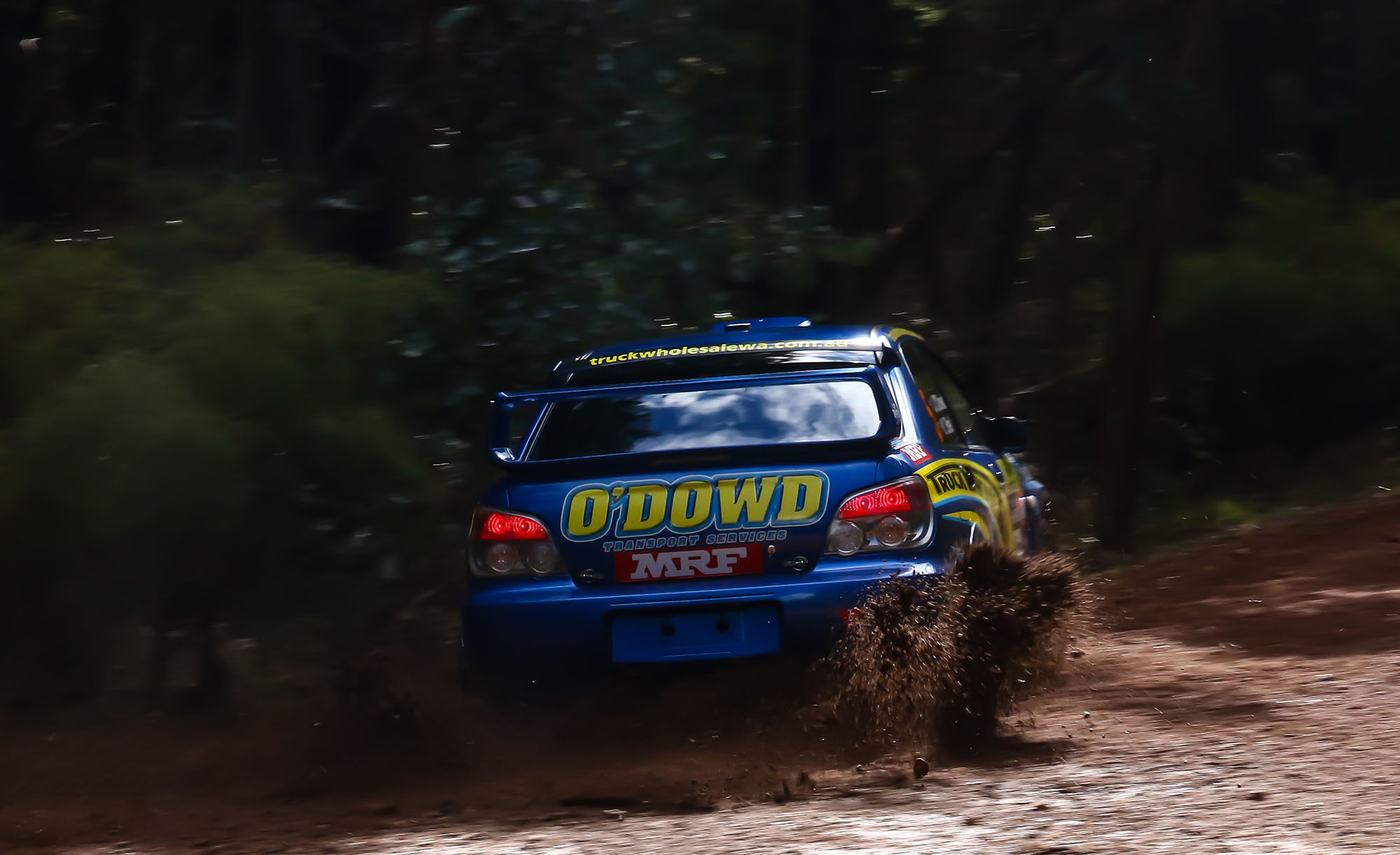 An intense battle is expected in the fifth and final round of CAMS Onslow Contracting WA Rally Championship (WARC), the Make Smoking History Experts Cup, held on Saturday (September 15) in Collie. It is the penultimate round for the 2WD Championship and Clubman Cup competitors.

Just 18 points separates the frontrunners in the WARC driver standings, led by John O’Dowd in the Maximum Motorsport Subaru WRX STI over Stephen Oxley also in Subaru WRX STI. With 80 points awarded to the winner, it’s still anyone’s game, and both drivers are hungry for the championship title.  A further 67 behinds Oxley, also in a Subaru WRX STI, is Kody Reynolds.

The WARC co-driver standings are also close with 67 points separating the top three – Michael Wood (co-driver for Stephen Oxley) on 286, Toni Feaver (co-driver for John O’Dowd) on 248, and Anthony Staltari (co-driver for Kody Reynolds) on 219 points.

Clerk of Course Richard Delfos said that with all new stages at the Experts Cup this year, the playing field was level.
“It’s the first time in a long time that we’ve run new stages across the whole event,” Delfos said.

“It’s a lot more technical than previously and there are two new water-crossings, which have never included before.

“We’re also running Rally Safe in its entirety for the first time in a WARC event. It worked well at Targa West last month, and of course we have a back up system just in case, but it’s exciting that we’re putting the available technology to proper use,” Delfos said.

With no rain forecast for the next couple of days, it’s expected that the wet stages will dry up a little.

Of the field of 35, 27 are competing in the State Championship and eight in the shorter distanced Clubman Cup, designed to be more accessible to enthusiasts and encourage those without the budget to compete in the WARC.

The Make Smoking History Experts Cup Service Park is located at the Collie Trotting Ground, is free to enter and everyone is welcome.