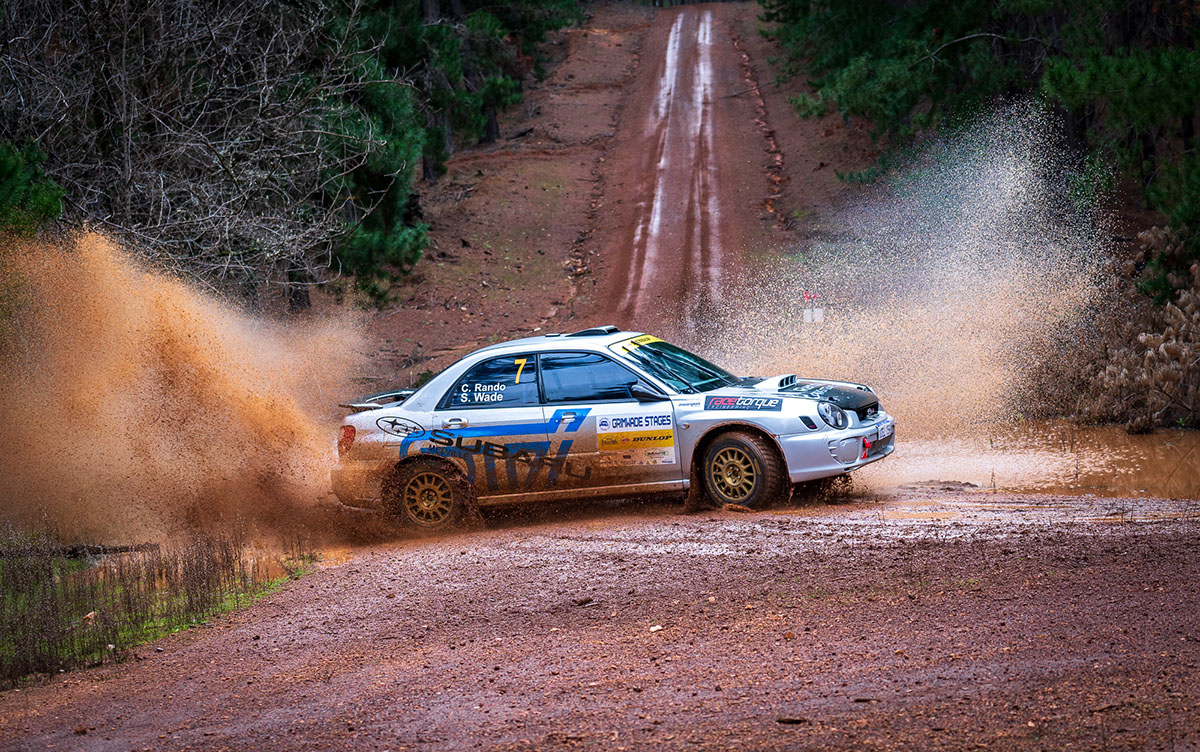 The top four drivers in the Dunlop Tyres Motorsport Australia WA Rally Championship (WARC) are all within striking distance to take the Championship lead if they win the WA Car Club Karri Rally in Manjimup, Nyamup and surrounds on Saturday 21st August 2021.

Ben Searcy sits top of the leader board on 238 points, followed by John O’Dowd on 200 points, Jack Flanagan on 184 points and Craig Rando on 170 points.

There’s 80 points awarded to the winner, 68 points to second, 60 points for third and so forth, setting the scene for the WA Car Club Karri Rally to be an intense battleground.

Thirty-six cars will tackle six stages, with the WARC competitors racing the clock over 96 competitive kilometres and travelling a total distance of 198 kilometres. The Clubman Cup and Clubman Masters will compete on three stages, totalling 48 kilometres.

“We’re using some new roads this year which are far more twisty than previous years and will slow the speeds but make it more technical,” Threthowen says.

“There’s still a few open road sections where speed will matter and other sections where drivers will need to exercise caution and avoid the temptation to over-extend themselves or their cars.

“There’s one large pool of water that will take some skill to get through that’s likely to catch the unweary – fortune will favour the brave.”

Threthowen says he’s looking forward to seeing how the WARC unfolds during a weekend away in a beautiful part of WA.

Ben Searcy says that consistency has reaped rewards this season.

“We’ve come second in all the rounds, so consistency is paying us well and it shows you have to be there, turn up and finish every stage and every rally,” Searcy says.

“We’ll make sure we keep finishing rallies and putting in the good work to keep our championship lead.

“The car is good, we had a few little set up issues the last rally which made the car hard to handle, but once we adjusted the front dampers, we won three of the four stages. My strategy for the Karri Rally is to win it!”

The 2018 and 2019 WA Rally Drivers Champion John O’Dowd is chasing the top spot of the table after being pipped in the final round of the 2020 WARC where he finished runner up to Mike Young (who is not competing in 2021).

O’Dowd says a win at Karri Rally would be great for him, the team and his sponsors.

“We’ll give a shot, we want to do the best we can, and we need all the practise we can so we can compete in the Australian Rally Championship sometime … when we can get there,” O’Dowd says.

“Searcy’s done well this season, along with Flanagan and Rando, so we’ll have to see how it all ends up.

“The pressure is on Searcy now to maintain the championship lead, but we’re going to do our best to win.”

In the 2WD, there are six drivers who could take the championship lead if they win the WA Car Club Karri Rally.

Spectators are welcome to get up close and watch the crews at work in the Service Park at Manjimup Oval number 2, the old hockey grounds on Rutherford Street, from 2.30pm. There are no spectator points for this rally.

At the end of the rally, competitors will park their rally cars behind Tall Timbers Brewing Co and have a social celebration across the road at Tall Timbers in the heart of Manjimup.