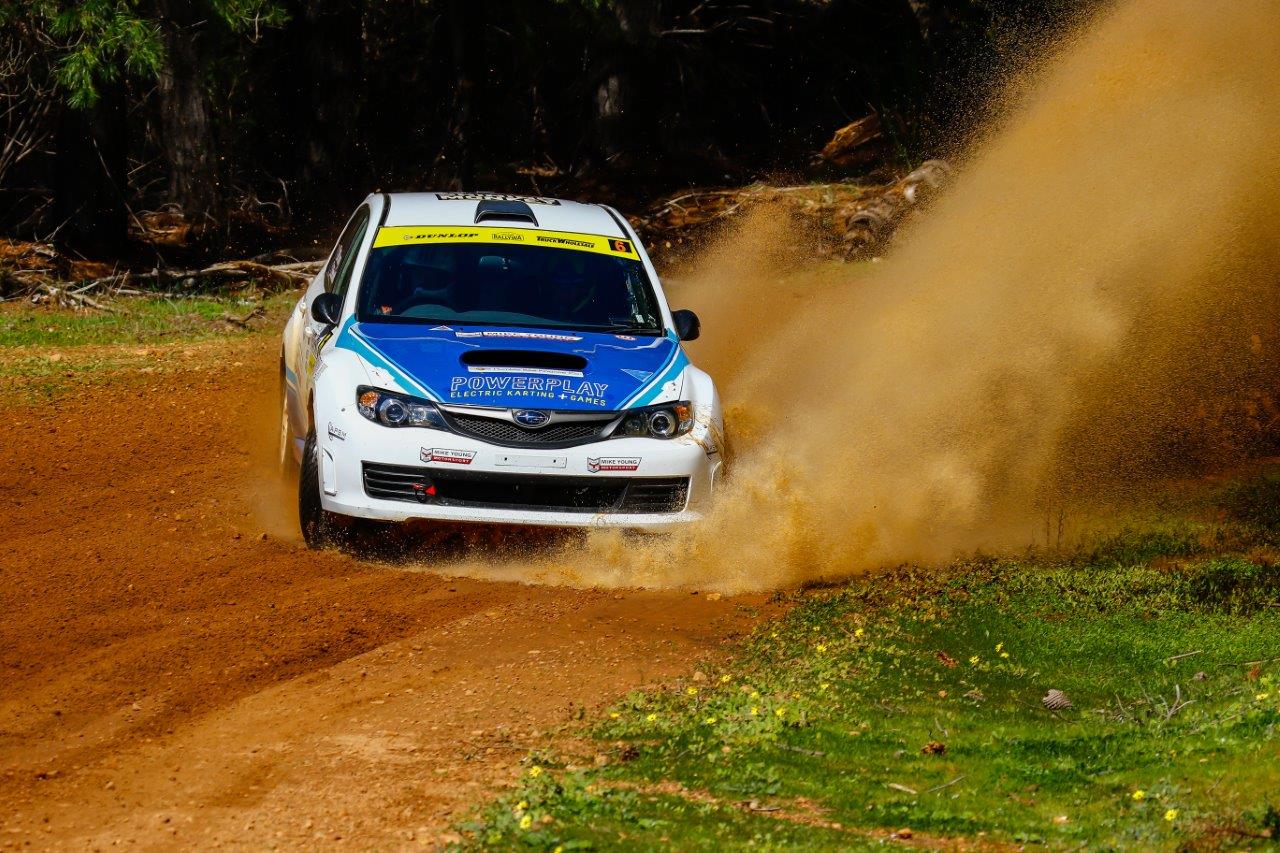 There are only two more rounds left for WA State Rally Championship and Clubman Cup competitors to gain points before the close of the slightly shortened 2020 WARC season.

This Saturday’s Make Smoking History Karri Rally is expected to produce a tight battle on the fast forestry roads in the Nyamup State Forest (east of Manjimup) between the Top 4 outright contenders.

Despite an earlier forecast for rain for the weekend, O’Dowd’s wish for clear skies has been granted with current forecasts now predicting good weather.

“Karri is a good rally with some pretty fast roads,” said O’Dowd. “We’re just hoping for no rain and that the little Skoda has the legs to keep up.

“We’re looking forward to a good battle with Mike Young and Ben Searcy again. There should be some close competition throughout the field.”

Only 18 points behind O’Dowd on the leaderboard is Ben Searcy who will be driving the Swift Motorsport Mitsubishi Lancer Evo 9 with James Marquet co-driving.

Searcy acknowledged that the quick turnaround between rounds is a consideration during competition.

“The three-week turn around (between Forest Rally and Karri Rally) was not ideal,” said Searcy. “But, I’m very fortunate to have a great team of guys who spent last weekend re-preparing the car for this weekend.

“It is something that we knew about before the last event, so it was important that we didn’t kill the car at Forest Rally and drove accordingly.

“The roads of Karri Rally are super quick – it was my second rally in the car last year, so it was all very new.

“I’m looking forward to heading back to Manjimup to try and increase the pace to keep up with O’Dowd, Young and Major.”

Craig Rando currently occupies third place in the drivers’ championship only 6 points behind Searcy, and will be in the Rando Constructions Subaru WRX STI with co-driver Stephen Wade by his side.

Leading the 2WD Championship is Glenn Alcorn and co-driver Jonathan Charlesson in the BMG Autos Ford Escort Mk2. They are only 6 points ahead of Michael Joss and Megan Logue in the Mike Joss Racing Nissan S15 Silvia.

Abe Tuckett and co-driver Glenn Macneall lead the Clubman Cup leaderboard but will be missing from this round, leaving the door open for Glenn Cawood and his co-driver Murish O’Connell to grab the lead in the Shedforce Mitsubishi Lancer.

Clubman Cup and Clubman Masters competitors will run the courses twice each to equal 77 competitive kilometres.

The 2020 Make Smoking History Karri Rally is a Smoke-Free event.