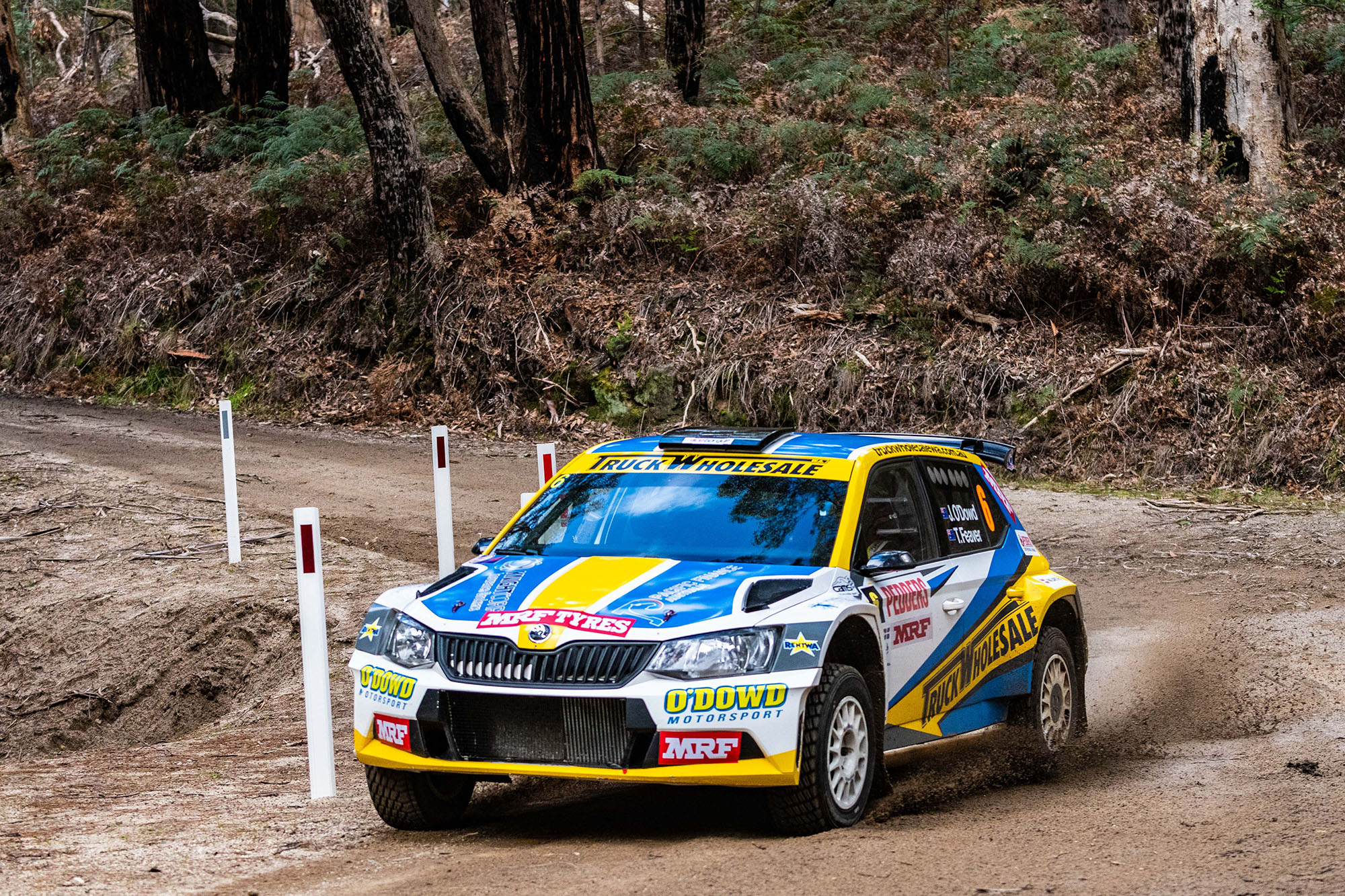 Run over tricky forest roads to the north-west of Ballarat, the Victorian round of the national series proved to be a tough test for competitors. O’Dowd and co-driver Toni Feaver used their years of experience to complete the event in fourth outright, the result pushing them up the ARC points table.

“It was a real test!”, O’Dowd commented. “The Sunday morning stages were really slippery, and the long stage four was particularly tricky. The stage was really narrow with trees close to the road on both sides. Plus there was a fair covering of leaf litter and debris on the road, so picking lines was difficult. Lots of second gear corners, and in quick succession in some parts. It was certainly where having someone of Toni’s experience in the car was a massive advantage. We were able to push just enough to stay ahead of JJ Hatton without making any mistakes.”

“We tried a few new things on the car this weekend, but it didn’t really work for us during Heat 1. The car was quite difficult in the conditions. So we went back to our regular setup for the afternoon stages, making some minor adjustments for the final two stages. The car was much better, and I was more confident to be able to push harder.”

“Once again the Race Torque boys did a great job. They always prepare the car to a very high level, and were able to respond quickly to set up changes throughout the event.”

Fourth outright at Eureka sees O’Dowd move up the championship points table, now fourth in the standings behind the factory-backed entries of Harry Bates, Lewis Bates and Molly Taylor, with fellow privateer Luke Anear not scoring points after crashing out on stage four.

“Yeah, it was bad luck for Luke. I thought he’d be our closest rival at this event, and it was unfortunate that he had an ‘off-road’ and couldn’t continue. I’ve now got a 25 point lead over him, so I’ll really have to keep fighting to keep ahead of him. Hopefully he can get his car repaired for South Australia.”

The South Australian round of the national series, the Adelaide Hills Rally, is only four weeks away, which makes it impossible for O’Dowd to compete at the Darling 200 (round 5 of the WA Rally Championship).

“Unfortunately, with the Darling 200 the weekend prior to Adelaide, the schedule is too tight to compete at both events. We’ll ship the car straight to Adelaide and prepare it there.”

“Adelaide is going to be a test. I last competed in South Australia in 2017, but the event has moved further south since then. So it will be all new for me. But I’m starting to feel really comfortable in the car now. The partnership with Toni is working really well. I’m really looking forward to it.”