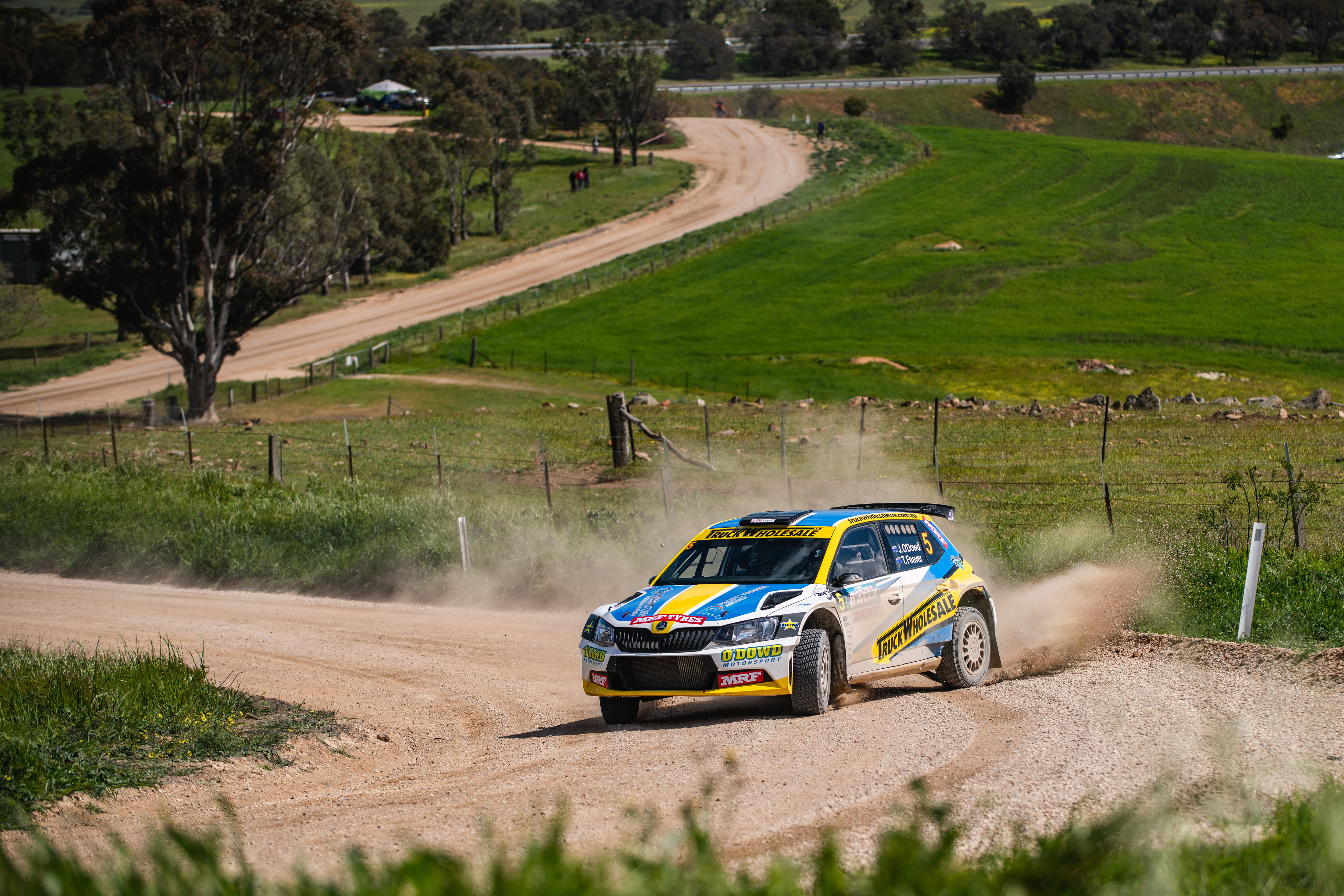 While the Truck Wholesale WA Skoda R5 ran faultlessly during the two day event, a change in pace notes proved to be a challenge for the West Australian.

“I decided it was time to change to a 1-10 corner grading system for the notes. I’ve always used a 1-6 system, but I think we’ll see a gain from moving to the 1-10 system. So Toni (Feaver) and I recceed the stages using the 1-10 system, and it seemed to be working well in pre-event testing.”

“But once we got into the actual stages, driving at rally pace, it provided to be a bit more of a challenge than I expected. It took most of the first heat for me to really come to terms with it. I think by the final stage of Saturday I was starting to feel comfortable. And you can see that in the stage times. I was much more on the pace during Sundays stages.”

“I guess it may seem crazy to change the pace notes at this stage of the year. But we only have the Experts Cup (in the WA championship) and Rally Australia left to run this year. So given where we stand in the ARC and ARC2 points, changing systems now is as good a time as any. We may have lost a few points on this event, but we hope to make it up at Rally Australia.”

Run over classic South Australian shire roads to the south-east of Adelaide, the stages were open and fast despite some pre-event rain that made the roads slippery on this opening day.

“The stages were great. I’ve never rallied in this part of South Australia before, so it was all new to me. But I really enjoyed it. Particularly under the trees, the corners could be slippy. But the mid-morning and afternoon stages on Saturday and Sunday offered more grip. It was a lot of fun, and the R5 cars are great in these conditions.”

O’Dowd’s attention now turns to the WA Rally Championship and the ‘Make Smoking History’ Experts Cup at the end of October.

“I guess the pressure is off, in terms of the WA championship. It’s been a really successful year, and I’d like to finish off on a high note. But nothing silly. I need to get the car home straight for Rally Aus.”

“Race Torque have done a fantastic job all year with the car. It’s been a big learning curve for me, so to have a team that prepares the car so well for each event makes things much easier inside the car. Plus Toni is exceptional. I’ve got one of the best co-drivers in Australia.”

“I’d like to finish the WA championship with another podium and then get over to Rally Australia. We’ll be trying our hardest at both events”

The ‘Make Smoking History’ Experts Cup is the final round of the West Australian Rally Championship, and is run near the township of Collie on Saturday 26 October.