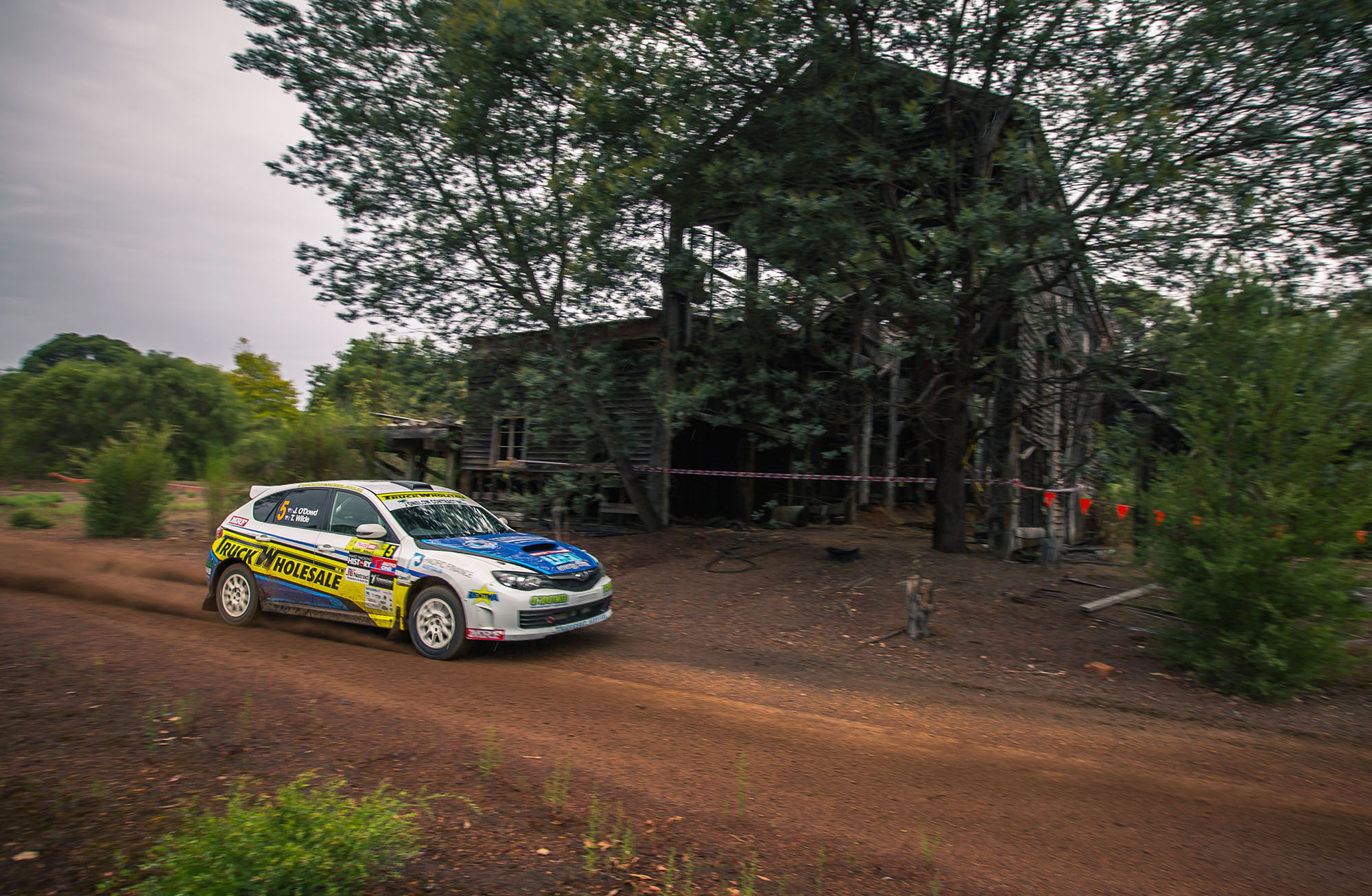 West Aussie John O’Dowd, who currently leads the West Australian Rally Championship, is looking to improve on his 2017 result at the penultimate round of the 2018 series, the Wheels on Yirrigan Kumho Tyre Kirup Stages.

Last year O’Dowd endured a series of problems, included a holed rear differential and hitting a tree stump. Nonetheless, O’Dowd was still able to claim second outright behind Stephen Oxley, the man with whom he is currently fighting for the 2018 championship title. “Last year Kirup was a bit of a test of character”, John O’Dowd said from the Maximum Motorsport workshops. “In the end, we won the last two stages and managed to hold on to second overall. But it was a pretty difficult event. We’re hoping to turns things around this year.”

“Stephen (Oxley) had a great run at Kirup last year. We’ve got a 38 point lead on him in the championship at the moment. But the way the points are allocated in the WARC, 38 points isn’t a big lead. So for these next events, Kirup and the Experts Cup, we’ll really have to be on our game.”

And to that end, O’Dowd’s Subaru WRX STI has had a new turbo fitted since the last round in Boddington.

“The Maximum boys have fitted a new turbo and have generally freshened up the car. This new car has been great all year. I couldn’t have asked for better. So now we just need to knuckle down and get a result and some good points.”

The Wheels on Yirrigan Kumho Tyre Kirup Stages, the second last round of the 2018 West Australian Rally Championship, is run on Saturday July 7 near the old town of Grimwade with stages covering 128 competitive kilometers.