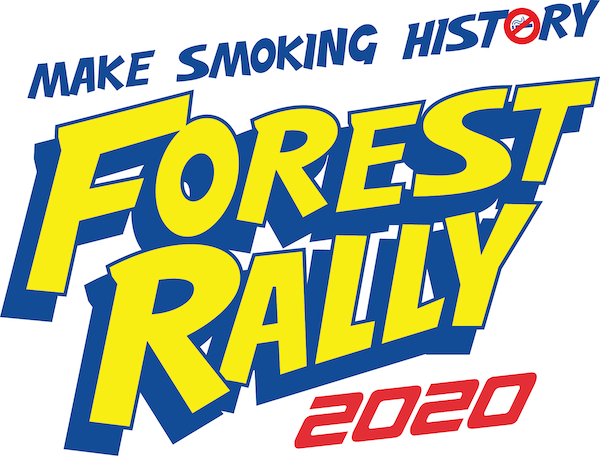 In near perfect conditions, 46 local gravel rally competitors ripped through some of Australia’s best rally stages yesterday (13th September 2020) for the Make Smoking History Forest Rally near Harvey and Collie, south-west of Perth.

After a chilly start with some low morning fog, the sun came out and the crowds flocked. There was enough moisture in the soil to keep dust low and give the roads grip, which competitors seem to relish.

In the WA Rally Championship, it was a tight battle with four different leaders throughout the rally, three stage winners, and loads of sideways action and dirt being flung that kept hundreds of spectators entertained. The ex World Rally Championship stages that were used for Rally Australia were a hit with drivers and spectators alike.

Competitors tackled 135 kilometres of flat out competition on eight closed road Special Stages including a mammoth 32-kilometre stage around Wellington Dam that was run twice, and travelled a total distance of almost 300 kilometres.

The last two stages saw nine retirements, most of which were mechanical failures besides a major non-critical incident on the final stage where a driver and co-driver and were taken to Fiona Stanley Hospital for precautionary checks.

Of the 46 starters, 36 completed the Make Smoking History Forest Rally.

It was closely fought battle in the WARC that was won by the narrowest of margins. Perth-based New Zealander Mike Young and co-driver Scott Beckwith won four of the eight stages to take the win in their Maximum Motorsport Subaru WRX STI just half a second (0.5 second) ahead of John O’Dowd and co-driver Toni Feaver in their WRC2 spec Truck Wholesale WA Skoda Fabia R5.

Rounding out the top three 1:08 minutes behind O’Dowd was Ben Searcy and co-driver James Marquet in their Swift Motorsport Mitsubishi Lancer.

Young, 27, is no stranger to the podium or tough competition having won two Asia Cups and having finished runner up four times in the Asia Pacific Rally Championship.

“It was a big battle all day and it’s always good when a rally is being fought until the last stage,” Young said.

“Between myself, John (O’Dowd) and Ben (Searcy), we kept each other honest and kept pushing each other, each trading times, which made us all drive a bit faster.

“The stages were awesome, in great condition and super smooth, it was really enjoyable.”

“The car ran smoothly, Maximum Motorsport produced a good car, it was great to drive all day,” he said.

“I took it easy to start with, the first stage I was little slow and as I got more comfortable in the car and more confident, I started pushing a bit more.

“Ross and his team do an awesome job organising the rally, the choice of stages was a good mix and really enjoyable to drive.”

Usually the power of the R5 sees O’Dowd significantly faster than his rivals and he still showed pace winning three of the rally’s eight stages.

“The first two stages were slow, maybe I need time to warm up. We got on it and were 20 seconds or so in front of Mike (Young) going into the seventh, and we came across a car that went off, which put me off and I overshot a corner and lost 24 seconds, that’s not an excuse, it’s just what happened,” O’Dowd said.

“The stages were excellent and I enjoyed the battle with Mike (Young) and Ben (Searcy). The car ran perfectly, Toni (Feaver, co-driver) and Race Torque did a magnificent job as always.”

Third-placed Searcy started off with a cracking pace and was leading the rally after the second and third stages but was unable to maintain the lead and keep pace with Young and O’Dowd.

The first stage of the day was won by Peter Major and Declan Stafford but their glory was short-lived as they rolled on the second stage, forcing their retirement.

In the 2WD, Nic Box and his new co-driver Daymon Nicoli were quickest on every stage taking a clean sweep to win convincingly by 3:14 minutes in their Alistar Garage Nissan Silvia S13 ahead of Michael Joss and Megan Logue in their Mike Joss Racing Nissan Silvia S15.

Rounding out the top three a further 1:25 minutes behind was 16-year-old rookie and learner driver Max McRae and co-driver Bill Hayes in their Dirtfish Ford Fiesta ST150. After McRae’s debut at Bakers Hill which resulted in a DNF, it was great to see the youngster finish his first rally and take his first step onto the podium.

“I didn’t do any preparation as I had just got back from a fishing trip the day before the rally, I hooked up the trailer, got some fuel and went racing, and the car was perfect, no issues at all,” he said.

“The stages were some of WA’s best roads ever, it’d be great to drive on them more often.

“The rally was perfect in every way – perfect weather, perfect stages, perfect car, perfect organisation, the only thing that wasn’t perfect was my co-driver, but I gave him a hard time and did what any self-respecting driver would do, which was 90 per cent of the effort while he put in 10 per cent, just enough for me to get the job done!” quipped Box.

Usually one of the front runners in the 2WD, Razvan Vlad and his co-driver and wife Ioana had an off on the first stage, which looked like it was going to force a retirement, but they managed to rejoin in the sixth stage.

“It took us a while to dig the car out which only sustained cosmetic damage – bumper, lights, panels, so we missed the first five stages and rejoined after the service – I’m just sorry we didn’t get to drive on the first two stages which were really nice,” Vlad said.

Both competitors in the Clubman Masters finished with Alex and Lisa White fastest in their Information Proficiency Nissan Silvia S13, 3:38 minutes ahead of Graeme and Kathy Miles in their Miles Landscaping Mitsubishi Lancer.

Winning two out of two rallies in the Clubman Cup category was Abe Tuckett and Australia’s most decorated co-driver, Glenn Macneall in their Humble Bee Finance Hyundai Excel. In second place, 3:06 minutes behind were rookies Glenn Cawood and Murish O’Connell in their Shedforce Mitsubishi Lancer. Rounding out the top three was Bruce Lake and Peter Hall in their Carol Lake Datsun 240Z.

As a result of COVID-19, the Forest Rally was compacted from a three-day to one-day rally and held around Collie and Harvey (usually Busselton and Nannup), and it’s the first time in 35 years that the Forest Rally hasn’t been a part of the Motorsport Australia Australian Rally Championship (ARC) national competition.

Next
The next rally, Round 3, is the Trade Hire Karri Rally on 3rd October 2020 and will be held around Manjimup in Western Australia’s south-west.