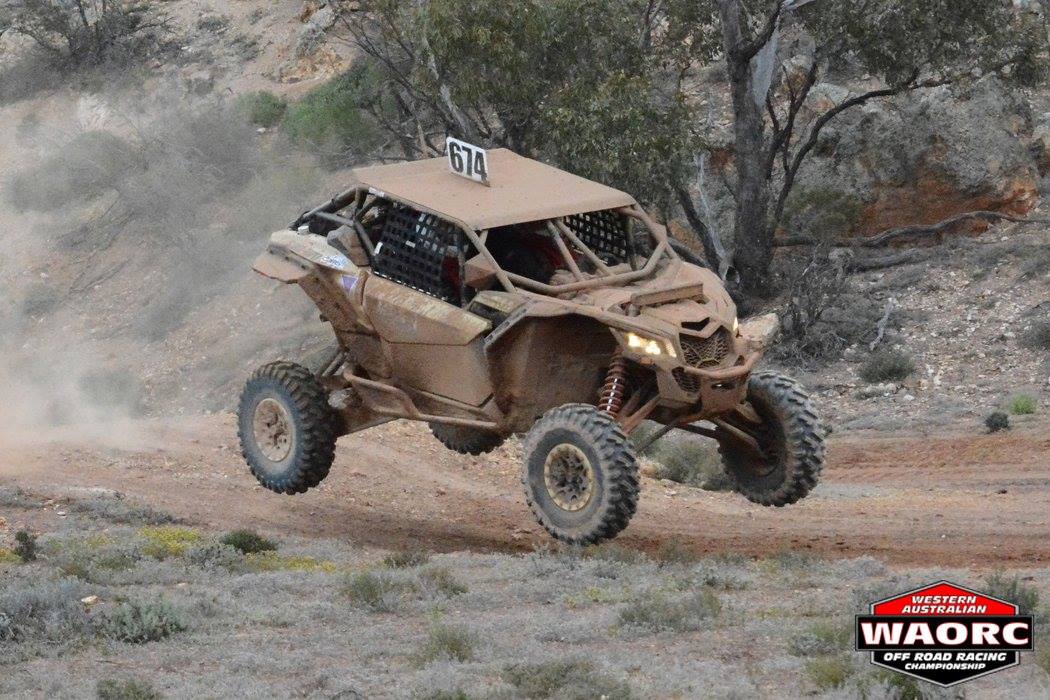 Welcome to Chris Unstead and his navi Scott Medhurst from Westvolt Racing. You may have seen these crazy guys in the WA Off-Road series… or perhaps Scott volunteering in gravel and tarmac rallies. These know about long stages so never discount the stamina of them.

Chris and Scott both live a little on ‘the wild side’ with Chris starting his racing career on a mini moto at the age of 8 years old in the UK European Championships. As he grew so did the size of the engines but after being involved in a car accident he had time off to rest and recoup. When he moved to Australia he bought a cart and thought he’d give that a go. He then had a drive of a buggy, he was hooked.

Both Chris and Scott are volunteer fire fighters with the Bullsbrook Fire Brigade.

The buggy/sidebyside is a Superlite B Turbo UTV Can-am Maverik X3. It has been fully built for racing including a front end rebuild and strengthen and a cooling system for the clutch. The Buggy has a 900cc turbo with 180hp and weighs 940 KG.

Their crew includes Frank Galea from Cage Tech and Nick Scioro. Chris, Nick and Frank have been mates ever since Chris came to Australia. Their sponsors include Westvolt Electrical, Cage Tech and Nationwide Signs Bullsbrook.

When I asked Chris which event he was looking forward to most of all he gave the standard answer of Forest Rally. I then asked why and he said he didnt know why but he was ‘going to do exactly what his co-driver tells him to do’