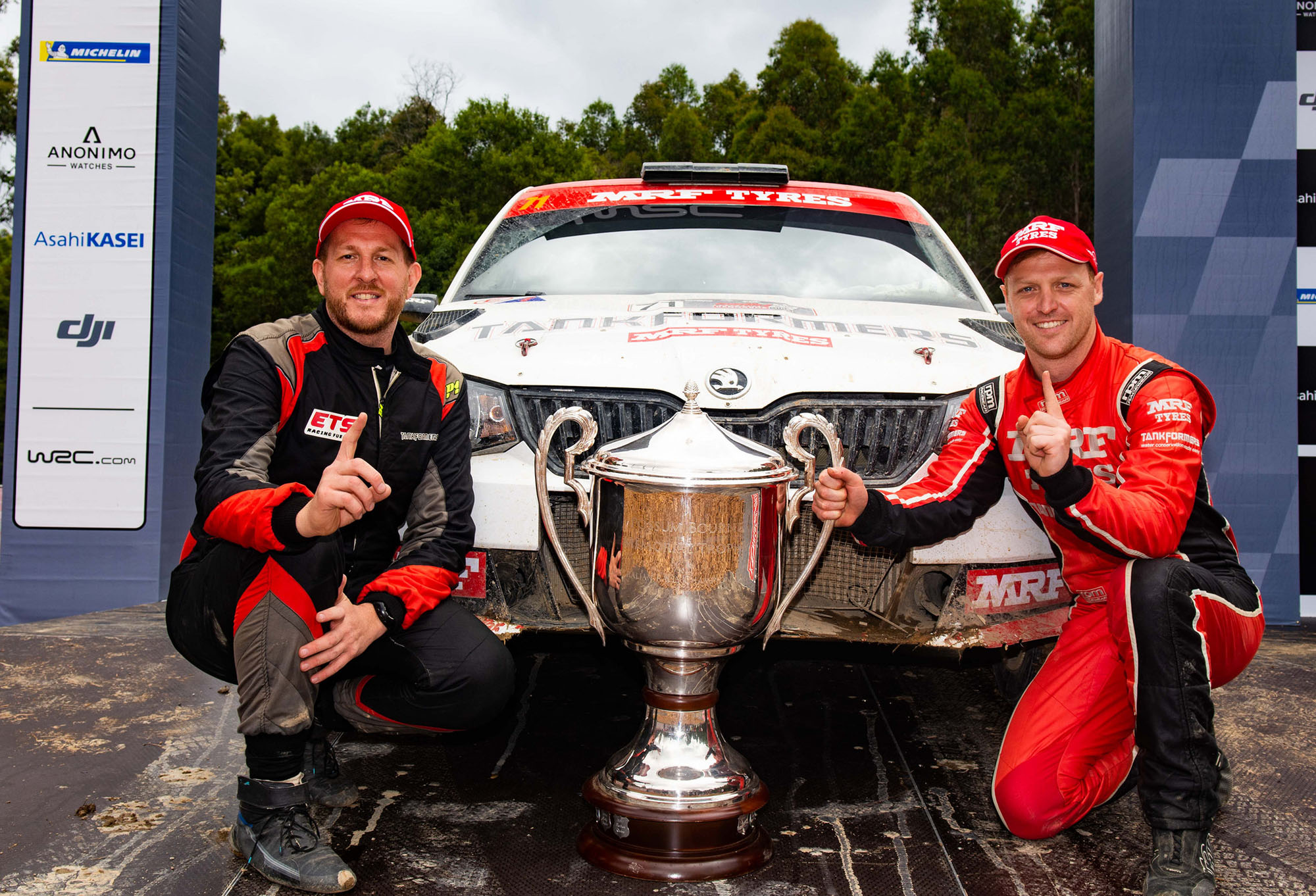 Searcy, who started co-driving for a Japanese team in 2002 when Rally Australia was held in Perth, was clearly elated.

“It’s awesome to finally get one under my belt, it’s been a lot of years in the making, to win a national title is just awesome,” said Searcy from East Vic Park.

Despite sustaining serious radiator damage to their Skoda Fabia R5 on the first leg, the overnight repairs held firm to see the duo complete the rally while their closest rivals fell victim to the event’s tough conditions.

Searcy said that he had never seen the stages so slippery.

“To not finish the first day and then come back to still be able to win the championship is a testament to both the Skoda and Eli’s drive,” Searcy said.

“Eli has driven really well all year. We’ve battled adversity, especially through the last couple of rounds, but we’ve fought back hard. Even this weekend was a challenge.

“The Skoda is a tremendous car prepared by Race Torque Engineering in my home town Perth, credit to them for building an outstanding car.”

Driver Eli Evans was full of praise for his co-driver Searcy.

“Ben’s a good co-driver. He’s like an ice-man, nothing phases him and his timing on the notes is spot on. For him to be able to deliver them at speed all the time gives me the confidence to drive fast. Her was exceptional this year.”

Notching up his 19th Rally Australia, Macneall said it had been a great event from a performance perspective even if they didn’t quite get their desired result.

“We set some great times and we were leading the class and sitting eleventh overall after Friday. Unfortunately we had a technical issue on Leg 2, which meant we retired and then restarted Leg 3, once again setting some very quick times in some pretty challenging conditions,” 46-year-old Macneall said.

Macneall said that the plan next year was to tackle a full WRC campaign with the team.

In the WRC, Finns Jari Matti Lavala and co-driver Miika Anttila finished fastest in their Toyota Yaris to take the Manufacturer’s title, breaking a two-year winless drought in the process.

The 26th edition of Rally Australia consisted of 24 stages, 318 competitive kilometres, a total distance of 1,018 kilometres and attracted over 83,000 spectators across three days. It was the final round of the 14-round World Rally Championship.